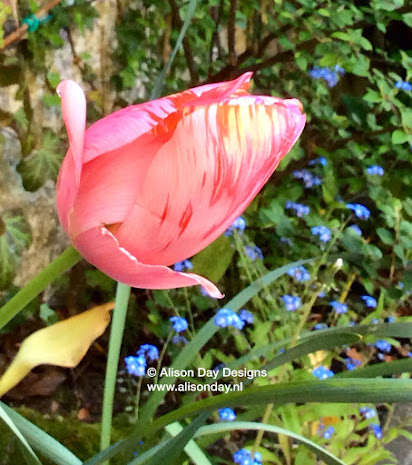 As lovely as having a garden can be, they involve a great deal of work to keep them looking effortlessly beautiful.

Yesterday, sporting pink gardening gloves, I freed a small patch of its carpet of weeds. A weed which initially looked pretty, with shiny green, watercress-shaped leaves and tiny, fluorescent yellow flowers, but ended up with the whole garden in its grip.

After that, the next step was rejuvenation, as I removed the dead plants and filled the space with several, rather funky, red-tipped grasses called: Red Baron (Imperata cylindrca). Buster, my tom cat, helped—digging, peering into plant-ready holes and pouncing on earthworms, as they wriggled out of clods of earth.

But that wasn't the end of it, because once you start, something else will need attention. The vegetable plants and herbs that had been dominating the house for so long, were clamoring to be let out to play: courgettes and gerkins, aubergines and tomatoes, basil, coriander, cumin etc—they all received their wish—sunny spots in pots.

Today, with my coffee, I relax and admire the results of my labour, resigned to the accompanying aches and pains, from all that bending and crouching—right to my very fingertips. Although my efforts are but a scratch on the tip of an iceberg—the weeds have been warned!

Hmmm, what's that noise? I'm sure I can hear the sound of tiny, revving engines... 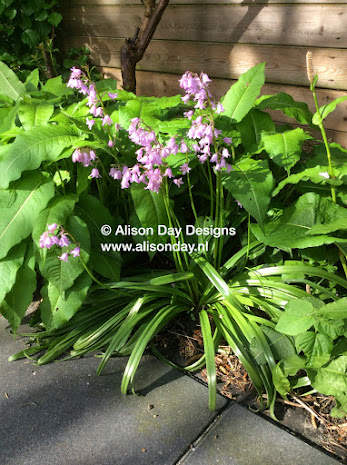 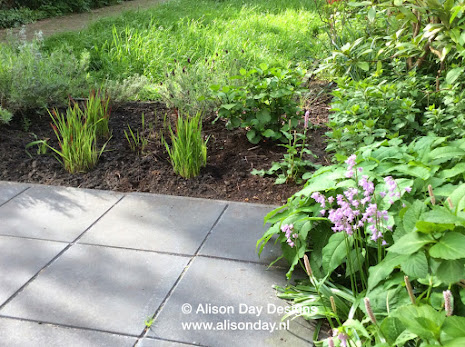 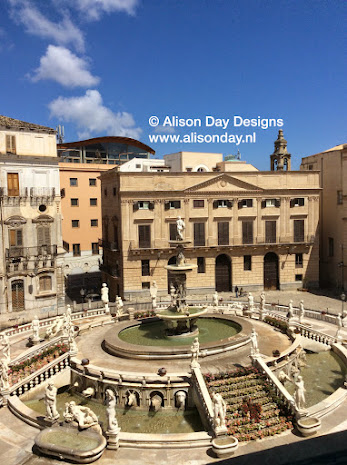 The Fountain of Shame by Alison Day

The Fontana Pretoria, or 'Fountain of Shame', as it is commonly known, can be found on the Piazza Pretoria in Palermo, Sicily.
The fountain was designed by Francesco Camilliani, a Tuscan sculptor of the Renaissance period. Originally commissioned for a private villa in Florence, it was eventually moved to Palermo. In its day, it was considered a risqué affair, due to its opulence. The balustraded staircases, nude statues of gods and goddesses striking a pose, animal heads, monsters and nymphs spouting water, led the Palermitans to name it: Fontana della Vergogna, or 'Fountain of Shame. 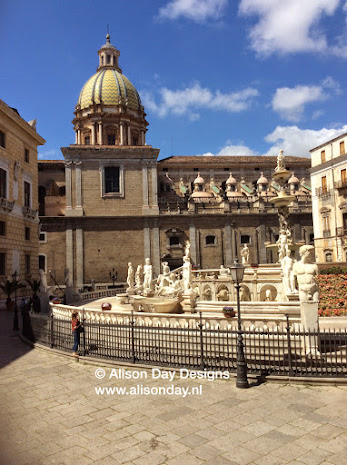 Posted by Alison Day Designs at 10:00 No comments: Links to this post 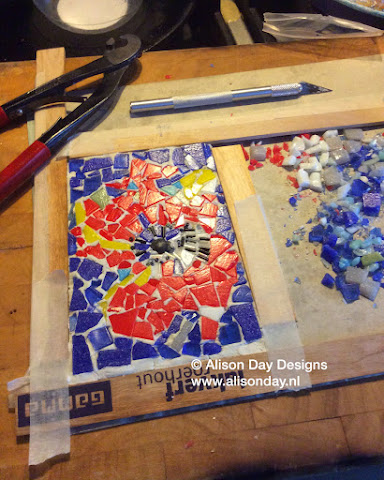 Work in progress, by by Alison Day


After my recent visit to Sicily and an inspirational visit to an artist's studio-shop in the little town of Monreale, I decided to have a go at a mosaic technique I saw being used there.

Posted by Alison Day Designs at 19:35 No comments: Links to this post