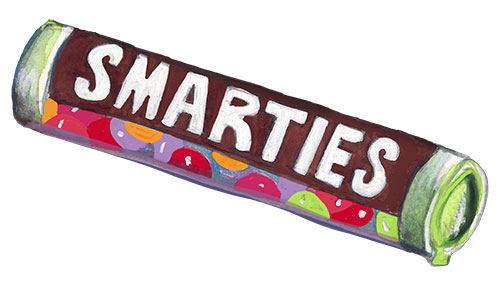 When I was a child, every Wednesday my maternal grandparents would come to visit. First to arrive was my Grandmother, Freda. She would arrive with a rustle of bags, on a celery scented wave, having just been to the local fruit and vegetable market in Oxford. Of course her bags had goodies for us too. Comics such as: Whizzer & Chips and Diane and there was always a big bag of cheesy shapes –savoury biscuits in mini diamonds, triangles, hearts and clover leaf shapes. They were very popular and disappeared by the handful into our hungry mouths.
This would keep us quiet for a while, but as we neared the end of the afternoon, our excitement would grow at the imminent arrival of our Grandfather, Joe.  Ex-Merchant Navy and publican of a local watering hole in his home town, before he retired, he wore a brown checked sports coat with deep pockets. From these he would produce three tubes of smarties – one for each of us. Popping off the coloured plastic lids, first we would compare the alphabet letters on the underside of the lids. Then we’d upend the tube so that the multi-coloured smarties would slide down into our hands, like a conveyor belt. There was an art to eating them and favourite colours were always saved until last. Once the Smarties were gone, the tube was still fun. Replacing the lid, if you blew hard enough down the tube, you could get the lid to shoot across the room like a pop gun.
Then there came the week that Grandad turned up with the devastating news...


‘No Smarties this week, your Mum says I’m not allowed to give you sweets every week,’


he said. Of course we didn’t believe him and searched his deep pockets, but this time they were empty. But Grandad was the kind of soul who played by his own rules and couldn’t bear to look at our downcast little faces for long. As if by magic, he would produce three unopened tubes of smarties from an inside pocket. On future visits, if he said he hadn’t got any Smarties with him, we wouldn’t believe him. It turned into a game, to search his pockets for the forbidden tubes, until giggling we found them. 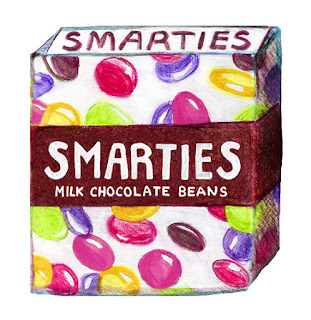 Although these were never as fun as the tubes, Smarties also came in small boxes too. I’m delighted to say that one of my illustrations, of a retro Smarty box has been included in the delightful Uppercase Magazine: Packaging Portraits, issue #38. 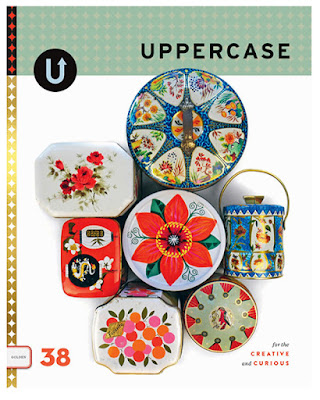 Posted by Alison Day Designs at 15:11 No comments: Links to this post 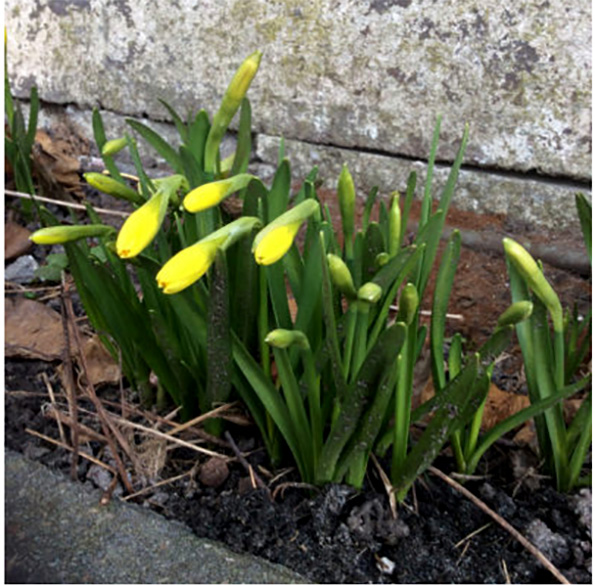 Early 2018, I awoke one morning with the decision to throw my current life in the Netherlands to the wind. I’d been living on the continent for over 27 years and remaining there no longer served who I was and what I wanted out of life.
I decided there and then that before my next birthday, in April, I would repatriate to my hometown area of Oxfordshire in the UK. So, I put my house up for sale at the start of March and began a major life laundry, clearing up, throwing out and closing down my life there.
The move was complex. A moving company took the bulk of my possessions to the UK and put them in storage; my brother drove over with his transit van and picked up me, my two cats and remaining possessions. The overnight journey by boat went well and the cats became expats.
Since then, re-activating my life has been complex: buying a house; finding a job and getting used to England again. The feeling that I’m on Mars has lessened, but it’ll take a while before I feel as though I belong. The urge to speak Dutch has vanished, although the odd Dutch word will still pop up now and again thwarting my flow.
Finding a job is the main task at the moment and Internet searches on job sites are interspersed by appointments with employment agencies. It’s a slow process and my enthusiasm goes in peaks and dales. 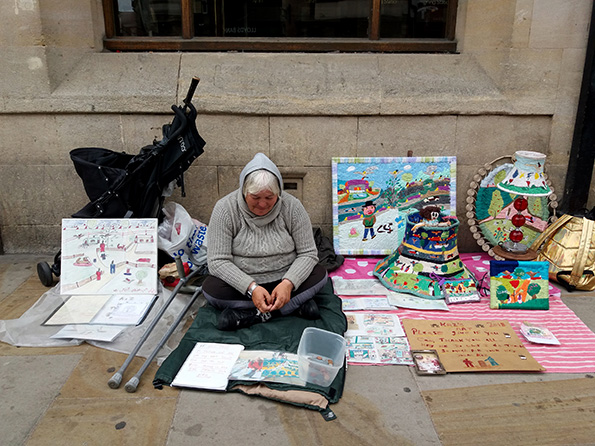 On my trips to the centre of Oxford, I notice the increase in the number of homeless people, living on cardboard box panels, under duvets. Over the years, it’s  increased exponentially and it’s a sad sight to see in what is considered to be such an affluent city. Alongside the street dwellers, are opinionated preachers, musicians and young people, showing off acrobatic or football skills, in the hope of a few coins from passers by.
One person, however, stood out from the rest, and who actively seemed to be trying to make something more positive out of her circumstances. Sitting cross-legged on the ground, on a sleeping bag, she was totally absorbed in the process of sewing a picture on a large canvas, using brightly coloured, embroidery thread and wool. Ironically, her back was facing the outside wall of a well known bank. Her pictures are happy scenes embroidered onto material, guided by roughly sketched outlines. Every so often she would be forced to take a rest, due to the arthritic pain in her hands. The results of her labours are charming, colourful pictures, which have a naivety to their style.


Stopping to chat, I found out that this was Carol’s turf. She’d sat here every day for the past six years—sewing. Her pictures were not limited to canvases, there was also a large lamp shade that someone had thrown away, which she had covered with her creative stitches, plus a rather macabre looking doll. ‘I’ll sew on anything I can get my hands on’, she said. At one time, she made a series of small dogs, which became popular and sold instantly whenever she made them, but she found making things to order boring. That’s not why she sewed: ‘I do what I do, because I have to,’ she said.


Whenever the police tried to move her on she would say: ‘I’m not beggin’, I’m working.’ To the tourists who want to photograph her she says: ‘ If you want to take a photo of my work and help me do what I do—throw some coins in the box.’ 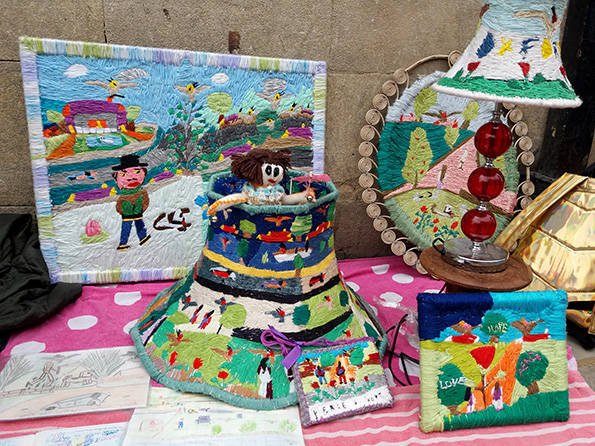 I told her that I kept a blog and asked if she’d mind if I photographed her and her work for a blog post: ‘You do what you’ve got to do—at least you asked, most people don’t’, she replied. ‘I’ve been on telly and photographed before’, she added. As a raised my phone, she went quiet, adverted her eyes and bent her head to look at the ground.


Like many artists, Carol was doing, in her words ‘what she had to do’. How she came to be there is of course another story and not relevant to my conversation with her. I was touched by the way she embraces her creativity as a means to survive on the streets, but ultimately shies away from the limelight.


If you’d like to see Carol’s work, or have a chat, you’ll find her sitting at Carfax, at the end of Cornmarket Street.

Posted by Alison Day Designs at 14:59 No comments: Links to this post